Craving particular foods can be a sign of a need for a nutrient that is in the food that is craved. The body is demanding food that contains a particular nutrient. This can be very straight-forward. For example, I spent three months in Sri Lanka, and my diet was very short of zinc. The moment I walked back into my house I reached for the jar of sunflower seeds (an excellent source of zinc) and started stuffing them down myself. Over the next few days I ate a huge amount of sunflower seeds. Initially I really craved them, but after a few days the obsession disappeared. It was only with hindsight that I realised why I had done that.
When gas/petrol contained lead, I had several clients who ate a lot of apples, but testing using kinesiology showed they were not allergic to them. It took me a while to realise why. Most of them were allergic to gas/petrol, which probably meant they were less able to deal with the lead in it than someone who was not allergic to petrol. Apples contain pectin, which is an excellent chelator of lead, (i.e. it can remove lead from the body), so it seemed that these people were instinctively reaching for the pectin to counteract the lead in the gas/petrol.
However, cravings are more likely to indicate an allergy problem. Allergy often seems to equal addiction and the reason for this is not totally clear. It has been suggested that this may be because some protein fragments formed when food is broken down are similar to endorphins, which the body produces naturally to counteract pain and produce euphoria. Then the allergy sufferers body becomes adapted to that level of endorphin activity and so craves the allergen in order to maintain the endorphin levels.
One indication of a possible allergy problem is waking with a hangover when alcohol has not been consumed the night before. This very often points to one or more food allergies. The person eats the food during the day and satisfies the craving, but during the night withdrawal symptoms begin, and classically the person wakes with a hangover. Eating the allergen switches off the withdrawal symptoms and allows the person to feel better. In fact some people will not make it through the night without having a snack of their allergen in the early hours to keep their withdrawal symptoms at bay. They are often totally surprised when told that they are reacting to the very food they like and experience as making them feel better.
Because of the addictive nature of allergies some people may have difficulty losing weight. There are two possible scenarios.
Firstly they could be allergic to some high calorie food and find it extremely difficult to moderate their consumption because they are addicted to it. The second possibility is that the person experiences withdrawal symptoms, but for some reason does not seem to connect the withdrawal symptoms with a particular food. In this case they keep on eating different foods without feeling satisfied. They only stop when they consume the allergen, but the turning off of the craving only usually lasts for a short time. Overall calorie consumption can be very high in these people even if the allergen is lettuce.In any event allergy-induced addictions can lead to bingeing and an inability to control food intake.
Because of this allergy-driven addiction problem, some people will like smells that most people do not, e.g. creosote and petrol/gas. Almost invariably the person is allergic to this, and is getting their fix. Teenagers who sniff glue may be allergic to it, and while counselling may be necessary, correcting this allergy will almost certainly help enormously.
A child with a lot of food sensitivities will often be a fussy eater. The parent will frequently say: My child would be happy if he/she could live on X. The child is probably allergic to X, whatever that is. Frequently they become irritable and bad-tempered if they have to go without their favourite food for even a short period of time. Breast fed babies with allergies are usually either difficult feeders or need to be constantly fed both day and night and may be difficult to wean.
Some years ago I had a funny example of the allergic addiction phenomenon. I went to visit a friend, who had a cat. When I went into the kitchen I saw cat food scattered over quite an area around the cats food bowl. My friend explained that her cat was a very untidy eater, and she had not had time to clear it up before my visit. I knew that in general cats were tidy eaters, so I wondered if the cat was desperately searching through its dinner for the particular food it craved. I did some testing and found several allergies. I corrected the problems, and after that the cat became a tidy eater like all the other cats I know. 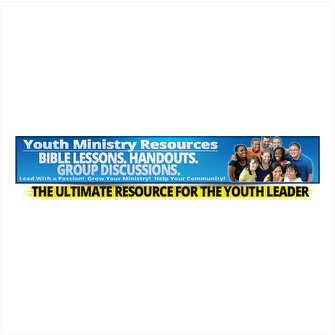