The battle against illegal drug abuse has taken a new turn with the growing number of cases involving the use of muscle relaxant medications. The fact is, muscle relaxant medications do have ingredients and effects that are considered habit-forming. These drugs, similar to some narcotics, target some areas of the central nervous system to reduce or eliminate the sensation of pain. Users of the medication may experience aslight buzz that may be likened to the high effects of certain narcotic substances. In particular, the sensation has sometimes been compared to morphine, which is also used to control pain. Morphine is classified as a pain killer and it does have a muscle relaxant effect. Both drugs target the central nervous system by inhibiting the production or flow of certain chemical transmitters. In the case of morphine, the drug temporarily disables the neurotransmitters that signal the body to feel pain in certain afflicted areas. In the case of a muscle relaxant, the drug actually also works to control the amount of activity involving the chemical receptors and transmitters. Also, the morphine is used to remove the sensation of pain to prevent the patient from recognizing that physical damage is occurring, whereas a muscle relaxant is designed to help prevent damage to muscle tissue.

The latest statistics show that muscle relaxant addiction is still far from being considered a rampant social problem. But if not addressed properly, it can be a serious concern in the not-to-distant future. While there are some pain killing drugs available in the market, these are thought to be too mild to generate the addictive buzz that addicts crave for. According to some reports, there are some more potent muscle relaxant drugs being tested out that might be made available without a doctor’s prescription. If that is the case, then the number might increase.

Another factor to consider might be that some people addicted to pain killers might actually be unaware that they are developing an addiction, or are actually hooked on drugs. Denial is actually one of the strongest characteristics among people with substance abuse problems. Persons addicted to narcotics or prescription medication slide down gradually, only to find themselves emotionally, psychologically, and physically bound to excessive drug use.

Since these medications can be used either on a regular basis or whenever the patient needs them, it can be difficult to determine if someone is using them irregularly or has developed a dependency. The easiest way to tell would be to know doses taken each day. The larger the doses taken regularly, the faster that a user can develop dose tolerance which can lead to a progressively larger intake of the drug.

Substance abuse, including the unregulated intake of pain killers, is a problem that should concern everyone. If left unattended, it can be next major problem for law enforcement. Fortunately, majority of pain killers are still prescription drugs that cannot be obtained without approval from a doctor or licensed pain therapist. Still, adequate attention must be made on just how many patients are prescribed with pain killing products, how much is now being consumed in the market, and by whom. The right to maintain privacy when it comes to receiving medication is important. However, taking steps to prevent a good thing, such as the availability of drugs to help patients in great pain, to turn into a negative thing that turns these very same drugs into substances that actually control instead of bringing more pain over the long haul. 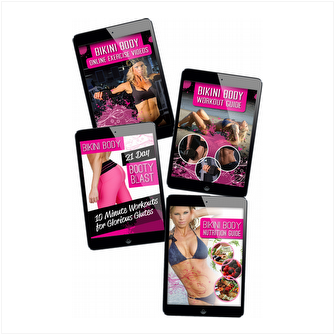