Sleep is one of those universal things that can’t be avoided. Sleep is an integral component of a human being’s physical and

mental health, so it isn’t really shocking that there are so many sleep aids out in the market nowadays. However, for those

who prefer to take a more naturalistic approach to the whole thing, there are also sleep aids that don’t involve the use of

modern pharmaceutical products. Indeed, human beings have been having trouble sleeping since the dawn of human civilization

perhaps longer, some evolutionary scientists believe. So it isn’t really a surprise that some of the less conventional sleep

Valerian is an herb that has literally centuries of herbal lore and anecdotal evidence testifying its effectiveness.

Naturally, that much knowledge is enough to bring it to the attention of modern science, but does not serve as proof that it

works. However, modern medical science has found that this particular herb does act as an effective aid for people with sleep

problems. Nobody is quite sure how the herb works at the moment, but most experts attribute Valerian’s effectiveness to the

possibility that it works the same way modern pharmaceutical sleeping pills work. In other words, the herb may have an effect

on the levels of certain neurotransmitters in the central nervous system.

Kava, while better known as an herbal treatment for cases of anxiety, has also been listed as part of a long line of

alternative herbal sleep aids. Similar to Valerian, no one is entirely sure how kava helps people get to sleep, but there are

theories that have been considered scientific and credible. However, it should be noted that kava is known to have side

effects associated with its use, particularly on the liver. It has been noted by the Food and Drug Administration that kava

can cause severe damage to the liver, especially if it is taken in the form of a dietary supplement. According to their

reports and records, roughly 25% of all kava users have suffered from some form of liver damage. Four of those cases required

transplants of new livers, according to the FDA.

Relaxation is perhaps the oldest and most natural of all sleep aids, though more and more people are having difficulty

achieving a state of relaxation. Even in this arena, there are more than a few ancient (and not so ancient) secrets that can

help someone get to sleep. Yoga and meditation have both been known to have excellent relaxing effects on both the mind and

body, with the former having some exercises and positions that are particularly effective at putting people to sleep. For

centuries, Zen meditation has been used by the Japanese to help themselves get to sleep, though the methods that are used to

increase environmental and conceptual awareness are more popular outside of the Far East. Visualizing relaxing scenery is a

more modern trick that is stereotypically suggested by psychologists that, if done properly, could actually work.

Diet can also play a role in helping someone get to sleep. Certain components in food like sugar can make it difficult to get

to sleep. At the same time, there are also some nutrients and foods that can help a person get to sleep faster. Among the

more popular of these is magnesium, which is a natural sedative. Some vegetables, almonds, legumes, molasses, whole grains,

and brewer’s yeast are all known to contain enough magnesium to serve as dietary sleep aids. 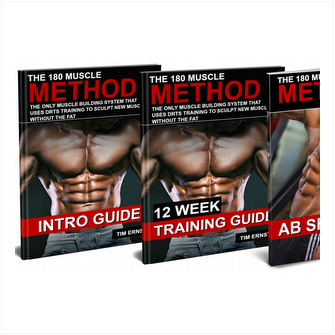